Golf can best be defined as an endless series of tragedies obscured by the occasional miracle, followed by a good bottle of beer.

Golf – You hit down to make the ball go up. You swing left and the ball goes right. The lowest score wins, on top of that, the winner buys the drinks.

Golf is harder than baseball. In Golf, you have to play your foul balls.

If you find you do not mind playing Golf in the rain, the snow, even during a hurricane, here’s a valuable tip …your life is in trouble.

Golfers who try to make everything perfect before taking the shot rarely make a perfect shot.

A ‘gimme‘ can best be defined as an agreement between two golfers …neither of whom can putt very well.

An interesting thing about Golf is that no matter how badly you play, it is always possible to get worse.

Golf‘s a hard game to figure. One day you’ll go out and slice it and shank it, hit into all the traps and miss every green. The next day you go out and for no reason at all you really stink.

If your best shots are the practice swing and the ‘gimme putt’, you might wish to reconsider this game.

Golf is the only sport where the most feared opponent is you.

Golf is like marriage, if you take yourself too seriously it won’t work, and both are expensive.

The best wood in most amateurs’ bags is the pencil.

Why Golf Is Better Than Sex…

#10… A below par performance is considered damn good.

#09… You can stop in the middle and have a cheeseburger and a couple of beers.
#08… It’s much easier to find the sweet spot.
#07… Foursomes are encouraged.
#06… You can still make money doing it as a senior.
#05… Three times a day is possible.
#04… Your partner doesn’t hire a lawyer if you play with someone else.
#03… If you live in Florida , you can do it almost every day.
#02… You don’t have to cuddle with your partner when you’re finished.
And the NUMBER ONE reason why golf is better than sex…..
#01… When your equipment gets old you can replace it.

Changes in the rules of golf

The 2016 Rules of Golf changes have been revealed by the R&A and USGA, and include a number of alterations.

The 2016 Rules of Golf changes take effect on January 1st 2016, and come after a four-year review cycle and a collaborative effort between The R&A and the USGA. The new updates also come after CONGU announced plans to change the way handicaps are calculated, making it a busy few months for golf’s ruling bodies.

The most significant 2016 Rules of Golf changes include:

If your ball moves at address there is no longer an automatic penalty
Rule 18-2b (Ball Moving after Address) has been withdrawn. This means that if a ball at rest moves after you address it, you are no longer automatically deemed to have caused the ball to move. A one-stroke penalty under Rule 18-2 will still be applied only when the facts show that the player has caused the ball to move.

GM verdict: This is a great common sense move. If you’ve done nothing to cause your ball to move it seems unfair to be penalised.

No longer an automatic DQ for submitting an incorrect card
A new exception has been introduced to Rule 6-6d (Wrong Score for Hole) to provide that a player is not disqualified for returning a lower score for a hole than actually taken as a result of failing to include penalty strokes that the player did not know were incurred before returning their card. Instead, the player incurs the penalty under the Rule that was breached and must add an additional penalty of two strokes for the scorecard error. In all other cases in which a player returns a score for any hole lower than actually taken, the penalty will continue to be disqualification.

GM verdict: This has been introduced after a few high profile incidents of players signing score without knowing they’d incurred a penalty. Possibly one for the Tour pros!

Prohibition on anchoring
As announced in May 2013, the new Rule 14-1b (Anchoring the Club) prohibits anchoring the club either “directly” or by use of an “anchor point” in making a stroke. The penalty is loss of hole in match play or two strokes in stroke play.

Discussing the changes, David Rickman, executive director Rules and Equipment Standards at The R&A, told GM: “We continually look at ways we can improve and clarify the Rules of Golf. The R&A and the USGA collaborate closely and we consult with our respective national and international advisory members to produce a code of Rules that is relevant to all golfers around the world.”

Early morning not the best time to go as the range faces directly in to the sun until around 11 am Will not be pleasant in the hot season, the other downside is they play loud music for some strange reason!

The North Hill course itself was almost deserted, probably because the green fee is 1500 baht for Thai residents, 4 times the price of the nearby Hangdong  golf course which is currently very busy but suffering from complete lack of control.

The ex home of The Chiang Mai Golf Classic

The ex home of The Chiang Mai Golf Classic

(Subject to 2 people sharing one cart)

The home of The Chiang Mai Golf Classic 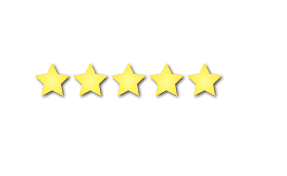 Very simply the only value for the top courses for Thai residents is Inthanon by a country mile with THB1500 Inclusive Green Fee/Caddy Fee & Golf Cart for the remainder of November.

And not too bad for December onward.

The joke is North Hill Chiangmai (Mezzanine), why would anyone want to play there, especially at those prices for a converted 9 hole course?

High season upon us again.Below is a list of prices for Thai residents playing weekdays and walking.

Call each course for weekend,cart prices etc. All fees in Thai Baht,18 holes.

These two suck,make sure you  don’t support them in the low season, or anytime!